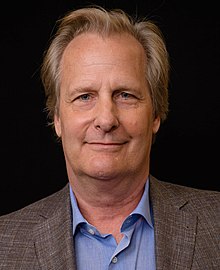 Let me be clear: I know it's not your fault Jeff. It wasn't your decision. But WTF man?

Look, I'm happy for you that you're in this new adaptation of To Kill A Mocking Bird. It was written by your boy Aaron Sorkin, and you get to play the iconic character of Atticus Finch with a new script based on the novel. That's great. By all accounts people seem to like you in it (Washington Post loved you! Sure WSJ called the script a grotesque caricature but what do they know?). They're certainly buying tickets. I listened to your interview with Marc Marron. You genuinely seemed into it, and you're an actor and producer I really respect man. I dig it.

But then this happened. Scott Rudin's production company started sending cease and desist letters to all of these small regional and community theatres that had secured the rights to an entirely different script. You know, the Christopher Sergel version has been a staple of high school, college and community theatre for almost 30 years. These theatres weren't trying to produce a play without authorization or paying royalties. They had fully paid licenses from Dramatic Publishing - the company that has had the rights to that script since it's first performance in 1990. And not surprisingly, these local theatres are cancelling performances because of these legal threats.

Look, Rudin might have the right to do this on the letter of the law. Apparently Dramatic Publishing's contract specifies that if a "first class" production is going on in NY or touring, their right to license is extremely geographically restricted. I think you can make an argument that it was intended to restrict productions of the same script, but hey, maybe they do have the right to send these cease and desist letters.

But DUDE. You understand small regional theatre. You run one! I am really impressed that you used your success (in part) to create a small regional theatre - Purple Rose Theatre in Chelsea, Michigan. You're still on the board. Man that's great. But YOU KNOW what kind of bullshit move this is. Scott Rudin's profits aren't threatened by a production of the Sergel script in the Dayton Playhouse or the Kavinoky Theatre in Buffalo. And YOU KNOW how much work goes into making a production, and how far in advance - set, lights, costumes. YOU KNOW that the work of regional artists is no less valuable, and of no less quality and art, than the work of productions in New York.

This is an outrageous assault on regional theatres from a large production company - just because it can. And you know it is wrong.

There are two possible explanations. I know you have worked with Scott Rudin for quite some time (he produced The News Room after all). And maybe this is some mistake by over-zealous lawyers. Maybe Scott is a great guy who also values regional theatre the way you do, and just needs you to step in and explain this to him. The other explanation is that you are working with a shitbird that doesn't give a damn about local theatre. Someone who sees cancellations of regional theatres as insignificant events, and the loss of work of local theatre artists and revenue of local theatre organizations as essentially second in importance to his wants and desires. He might get a small theoretical additional profit for his show, so good enough.

And make no mistake Jeff - you are not only in the room, you have the power. If you left that production, it would close within two weeks. Sure people love the idea of seeing a new adaptation of Harper Lee's novel, with new modern sets and great production values. Sure some people want to see what Aaron Sorkin did with the story. But for better or worse, Broadway dramas draw based on the cast. They're also coming to see you Jeff.

I don't blame you for what Rudin's company is doing. I know you're just an actor, and their sending out these letters did not go to you for approval. I don't hold you responsible for the actions of the production company. But I do hold you responsible for your response. Because you ARE the one who has the power to do something. I know you like the role you're playing, and I know it sucks and that Rudin put you in this position which is completely out of your control. But here we are.

YOU have the power to call up Scott Rudin and tell him to stop this. You understand why it needs to be done. You need to do it.

Jeff Daniels: What the fuck?

UPDATE:
Apparently Rudin's company is offering companies the ability to produce their (Sorkin's) script instead. That's an interesting turn of events. If I was a company in the middle of rehearsals, this probably wouldn't help much. If I had this planned for summer or later though... I'd probably jump at it. I'd imagine it would sell even better.

As a solution - I don't know what to think. Not really my money or butt on the line. Probably good for some folks and bad for others. But at least it's something.
Posted by Unknown at 8:39 AM