The Show - What You Need To Know


(PLEASE plan on being early. Late seating may not be possible and it is VERY EASY to get lost)

You can also get tickets by email or phone. See below for details.

The REVIEWS ARE IN!


Classical Voice of North Carolina's Jeffery Rossman says "All I could say is that I was transfixed for 90 minutes."

Posted by Unknown at 3:19 PM No comments:

Our director spent some time making promo pictures for the show.  Some of them came out pretty great.

This one of John is pretty great. I think it captures Davies quite well. 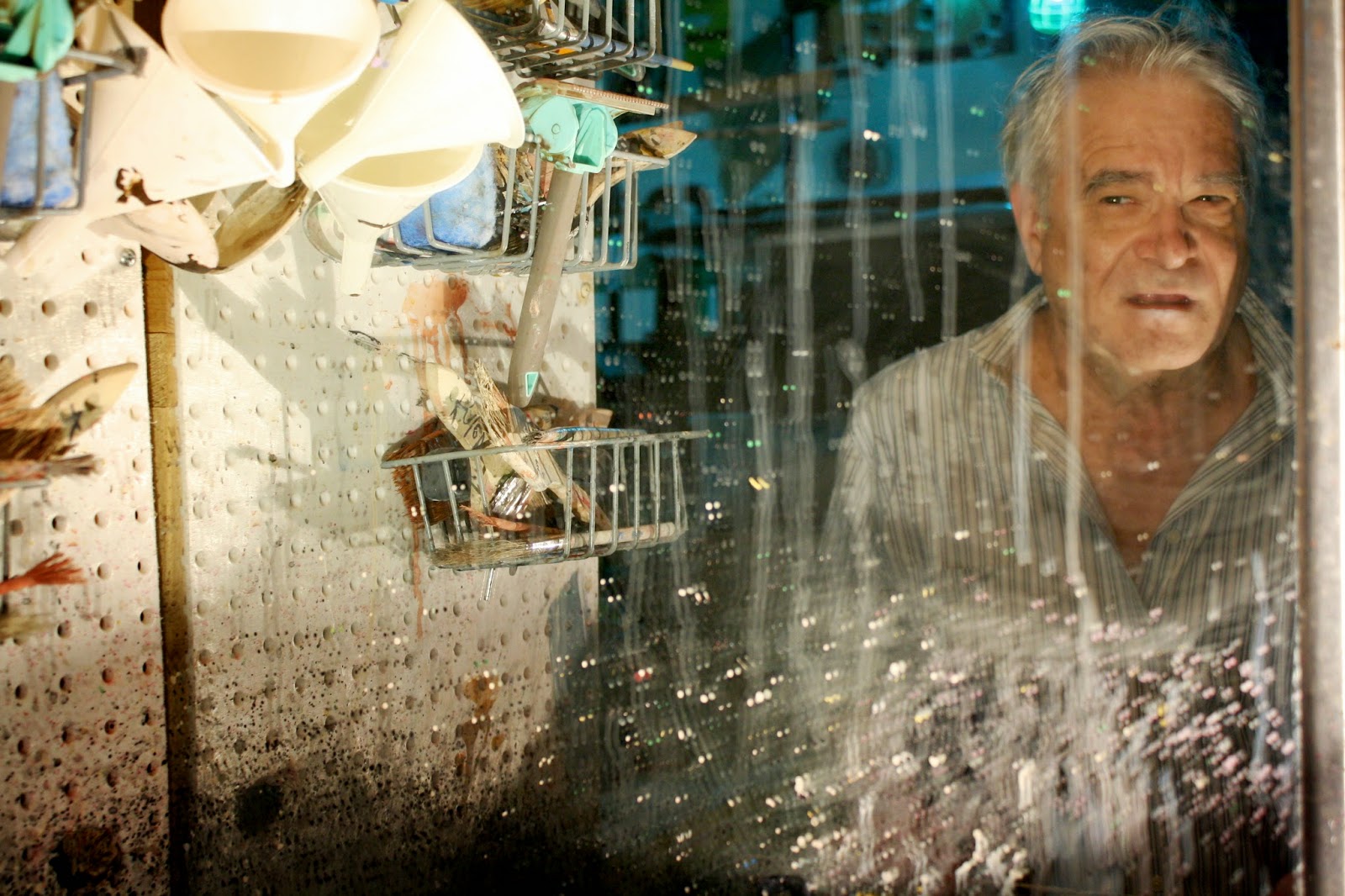 Here's one of me as Aston: 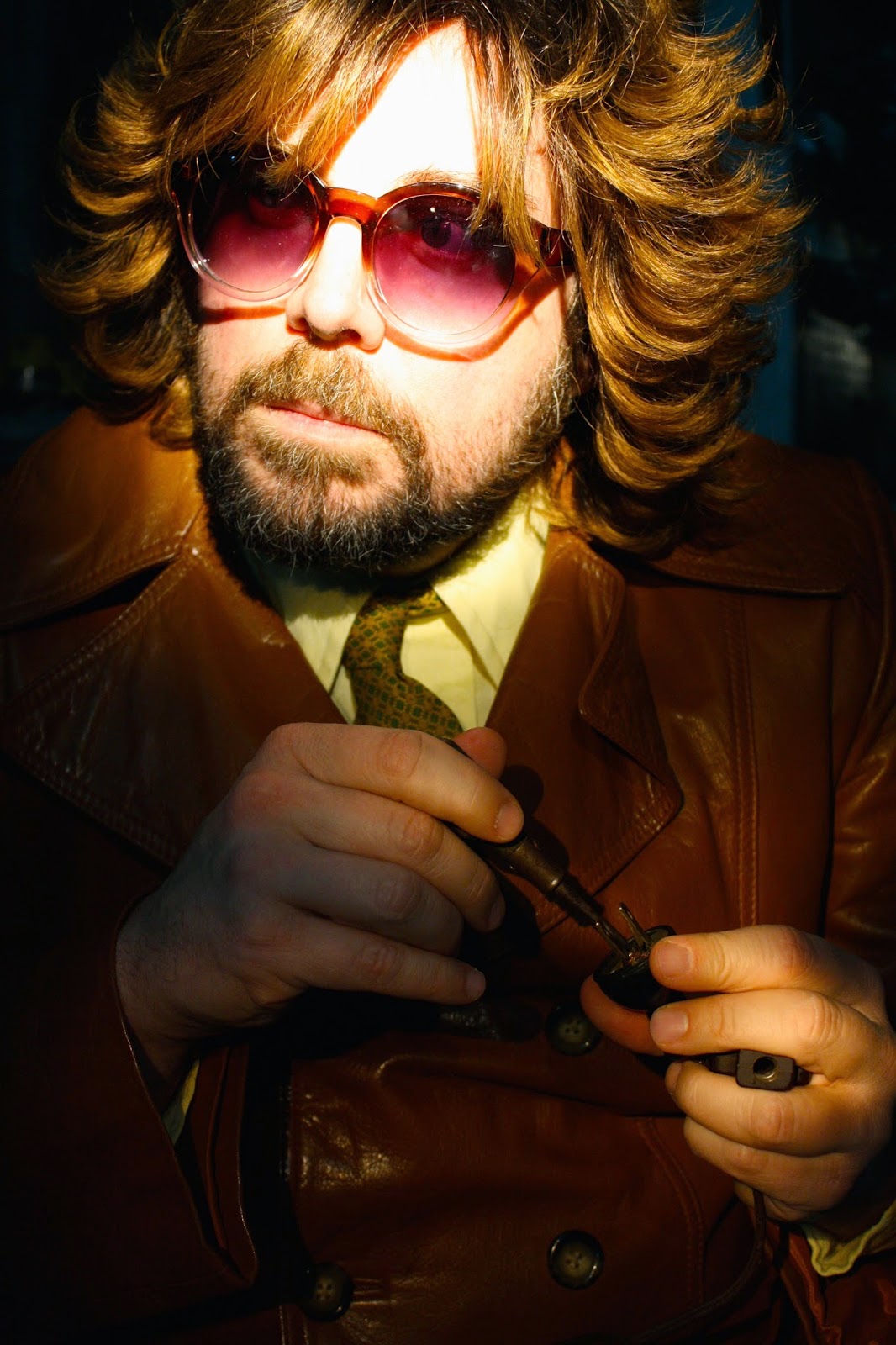 This is one of Ryan as Mick. It's kind of "Shepard Fairey-ized" 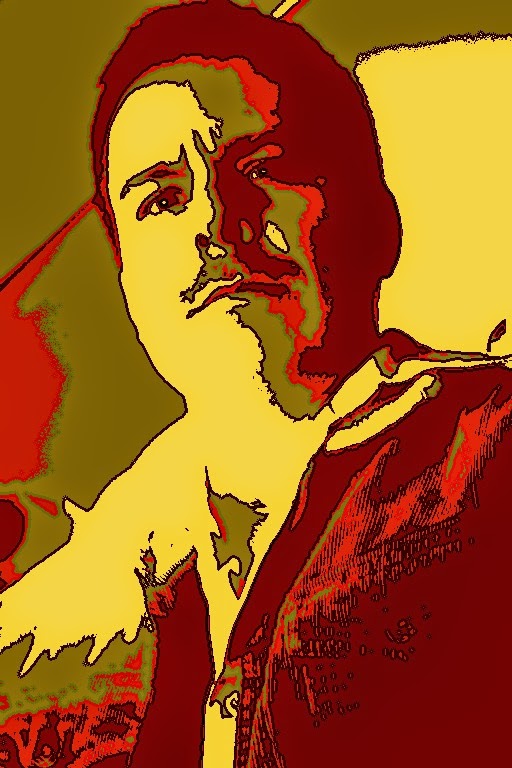 And one of all three of us together: 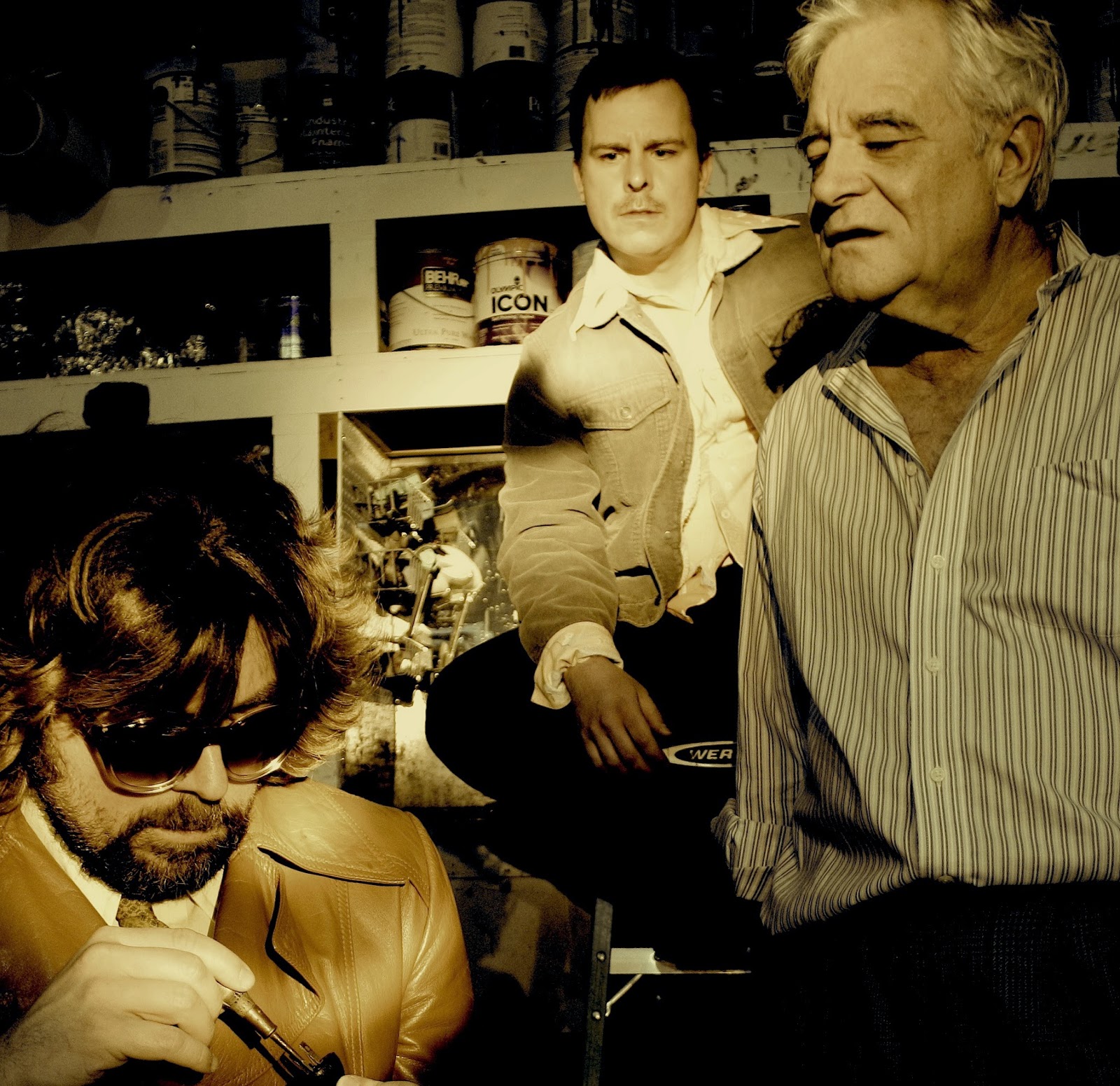 As you can see, we're going for a 70's look for the show. Why? Resonance. A story with a setting of hard times in post war Britain was something that really resonated with British audiences in the early 60's, but here in the US, the 50s are seen as a time of prosperity. People don't have an intuitive connection between 50's clothing and difficult circumstances. Rather than copying the specific costume descriptions, the idea was to invoke ideas in the mind of our audience that are closest to those intended by the script.

Posted by Unknown at 5:59 AM No comments:

Thank you to everyone who contributed to our Kickstarter!  We made our goal again this year.

We're truly honored and humbled that you believe in our project enough to make it happen. Thank you, thank you, thank you. And we're really lucky to live in a community with such a thriving local theatre scene. We have so many groups doing a great and diverse array of work. Being part of this community, and having the support of so many people really means a lot.

Thank you for your support. Now we can get down to creating a real first rate production. We went costume hunting today, and let's just say that the results look pretty great. Can't wait to see you there!
Posted by Unknown at 1:31 PM No comments:

I Don't Know What To Say

So, we have just more than 24 hours left in our Kickstarter campaign. I've been a relentless promotion machine on that front, partly because I have been nervous about hitting our goal of $1,100, but also because I genuinely want to share this project with you. I'm excited about the cast and crew and the work we're developing.  We've blocked the show, and we're all really excited about it.

All this is great. But. Yeah. Some shit has gone down in the US while I was in London and now, again, just after I have gotten back. And I'm ... well I'm at a loss for words.

I am excited about my show and I am eager to share it with you and I do need to promote it but all that shit seems so selfish, so artificial in light of what has been going on in this country in the last couple months. How can I not talk about this? And at the same time, what can I say? What can I contribute to this conversation. No, screw conversation, to this cry of outrage? Sharing memes on facebook? I mean, sure but... that's not political activism. Or rather, it is, but it doesn't feel like enough. It feels insignificant.

We had a long conversation among some of my fellow Iron Curtain cast members in the UK when news of the Ferguson verdict broke over here in the US. It was similar to a lot of posts I've seen about the responsibility of the artist. What do we do? Both what CAN we do and what SHOULD we do? Is any of that effective?

I think back to the slave narratives presented by Bare Theatre for the past few years. They're powerful. They were gathered in the 1930s. It's great that they were preserved, but did anyone LISTEN to them at the time? Or the slave narratives of a few generations before. Those that came out prior to the civil war (12 Years A Slave was  based on one of these, but there were many of them published by abolitionist societies in the period). Did it make a difference? Solomon Northrup was quite well known after it's publication, but where did those lessons go? And what about Uncle Tom's Cabin. I remember from American history learning about the impact of Harriet Beecher-Stowe's book (and not Northrup, though obviously we did hear about Fredrick Douglas and his work). It makes me wonder. Was Uncle Tom's Cabin actually more influential, or did the history books over emphasize Beecher-Stowe's book because it was the product of a white woman rather than a black man? Or was Uncle Tom's Cabin actually more influential, but it was so in part because it was written by a white woman rather than a black man? White identity politics is so entangled with our national narrative, it's not a question that, I think has a real answer.

Society's role (and the power of white-male-christian etc... identity) is so big, it's a bit silly to say "setting that aside." But on the idea of art and the responsibility of the artist... well what can we do? I am a strong believer that we, as human beings, are creatures of story. We experience our lives as story with ourselves as protagonist. Understand events, history, even science as a story. Cause and effect. Input-output. What stories we tell and from whose perspective shape our very understanding of our world. That's why media is so powerful. People who watch Fox News have a very different understanding of the world than people who listen to NPR. Marshall Mcluhan isn't terribly fashionable or well known anymore, but his thoughts rattle around in my brain. As the global village advances, it's increasingly oral, increasingly tribal, and increasingly driven by fear.

Part of what we can do, I think, is simply present more stories from people who need to be heard, who haven't been heard. Having these stories listened to and validated, having them raised up as part of the conversation is important because people need to feel like they are being heard and respected (and, you know, obviously actually BE heard and respected). That is critical. But I worry that these stories will only be heard by people who already believe them. When I look at the attendance of plays (and movies etc... I discuss theatre because that's what I do) it seems like the audience is there for a self-affirming function. It's preaching to the converted. Which is good! It's important. But to change... I wonder. How do I reach the person watching Fox News. I mean, to some extent, mostly I never will. I accept that. But how do I tell a story that someone who might be convinced, or at least who disagrees with me, will actually listen to, sit through, but still GET THE POINT. Even if they don't walk out agreeing with me, that they will understand the disagreement.

The Caretaker does deal in racism and xenophobia. Fear of foreigners and "blacks." I think it's pretty clear it's not presented in a positive light. That the views expressed are rejected rather than endorsed. That said, it's hardly advocacy. It's peripheral to the plot. Am I doing what I ought to be doing? Am I responding to society? I feel like I don't know anything.

I feel rage and impotence and frustration and horror. And I don't know what to do. I'm going to keep making art. Maybe something will come out of this. I have to think each step, each play, each story, it's an opportunity to see other people as human beings. And that's what I think seems to be missing. Seeing danger, seeing "the other" instead of seeing a person. A child. A father. A son. I don't know. Maybe just saying, just telling any story of another with truth and conviction, maybe any new perspective is enough. Or maybe I'm just kidding myself. I don't know. I just don't know what else to do, and I just don't know what else to say.
Posted by Unknown at 8:33 AM No comments:

We've been working hard on our lines, and we've had a few rehearsals, but December 1 was the start of a short, intense rehearsal period. We have about three weeks (plus tech) to make this happen. So I hope we've done our homework!  We have the play mostly blocked at this point. To take a sculpture metaphor, we have the shapes roughed out. Now it's time to repeat, repeat, repeat. Getting it ingrained in our bodies and minds, and slowly taking out a finer and finer tools to shape and round the performances.

I picked up this book and read some of it on my trip (through the part where they talk about The Caretaker) but I wonder how helpful it is. Even when he was directing his own work, Pinter was insistent that the work stand for itself. David Jones (an actor and director who played McCann in the first revival of The Birthday Party) asked Pinter for insight on his character, Pinter replied "I have no fucking idea. I know everything about McCann after he walks through that door. I know nothing about him on the other side."

So in a sense, learning more about Pinter and the circumstances of the writing of the play (it was, in fact, inspired by people he knew when he lived in a flat in Chiswick), doesn't really help. In fact, it may actually work against the purpose that Pinter brought to the play itself. I think I'll file it away as "interesting to know."

Luckily we have a great director and cast. At this point we're just remembering the words. But I know as we progress the shapes will emerge in finer detail from the stone.  They'll be his shapes, and hopefully ours too.
Posted by Unknown at 6:53 AM No comments: