"Come out and support the show." You see that all the time. And let me tell you, I need your support. And so do other theatre companies.

"Support"implies a sacrifice. It's a donation of time or money. When you come see my show, I hope you don't feel that way. I hope you're feel like you got your money's worth. Truth be told, if we talk about what the actual costs are to produce theatre, you are getting more than your money's worth.

But come to my show because you like theatre. Because you value the experience of having a live connection with the performers. Because you want to see something worth your time and money.

GET YOUR TICKETS HERE.
Posted by Unknown at 8:17 AM No comments: 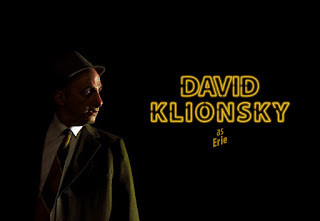 Tickets to this show available HERE.

We needed every minute of rehearsal today. But it was great.

Because Hughie runs a bit under an hour, we actually ran it three times in rehearsal tonight. In the spirit of the play, we rolled dice to see who got to do Erie twice, and I won. And let me tell you, the first time we ran it I was rough. Keith Bugner (who was filling in for our stage manager Elaine tonight) did an admirable job of keeping up with my line calls, especially because it was the first time he had seen the script. I was holding on and basically was just making it through.

Then we ran it with David as Erie. And he did a damn fine job. Really great. I wanted to hug him when he finished it was that good. That made me feel great. Partly because I figured - "well, if I can't hack it at least David can cover." But mostly because I respected his work and his craft. Erie really came alive for him in a way he didn't for me.

It also inspired me to do better. I saw the work David had put in, it was evident, and I didn't want to let him down. And sure, I was helped by the repetition, but I also think it was that feeling of being pushed - because when we ran it the third time tonight (with me as Erie again) it was pretty damn good. Not perfect to be sure, but pretty good.

PS: Here's a schedule of who plays who when

Buy tickets now!
(PS, if you see the show once, you can buy a ticket to see the show again for only $5 with a stamped program! See it "both ways" for only $20! Offer in person only, not available online) 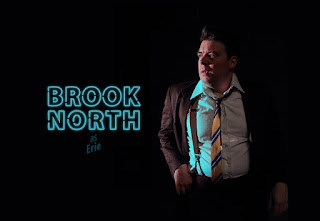 Rehearsal Can Be A Lonely Process

We're about to start our second week of rehearsal. But that statement is pretty deceptive. David and I have had our scripts for at least a month before that. Since then we've been drilling our lines and drilling our lines, so that we came into rehearsal more or less off book (David more, me less). And that means repetition, repetition, repetition. It's not just getting the order of the words. It's connecting it to the idea. It's getting to the point where, when you want to express the idea, the words you've practiced have become the words you WANT to use to express that idea. I've talked before about the process of learning your lines. And it really is true, it's nothing magic. It's just hard work.

I know some people actors don't want to be memorized before they start rehearsal, and I can understand why. There is a risk that in the process of learning them, you will become stuck in one "reading" of them (reading here is an actor term of art that means the way of delivering the line, the intention and the emphasis). The worry is that if you practice it one way, you won't reliably be able to adjust to the moment, and you won't be able to listen and let the other actor in. You can be stuck acting instead of reacting. Which is basically the definition of bad acting.

So I get it. That definitely is a pitfall that we always want to avoid as actors, and especially when we've worked so much ahead of time and so much apart. That said, there are advantages to this process too. First of all, it allows us to have a much shorter "formal" rehearsal process. We started rehearsing this show on May 9, and we open on May 27th. That means we'll have two weeks in the rehearsal room, and 4 days on the set before we open. That is a very tight timeline. Typically we would have two-three times as much time in rehearsal (4-6 weeks) in addition to tech week. So coming in memorized (or mostly memorized in my case) allowed us to save time. I'd argue, however, that there's another advantage too. Yes there's a risk that you will be stuck in one line reading, but it's not a given. And being more comfortable with your lines can allow you to listen MORE to your partner, and be MORE open to the moment, because you're not worrying about saying the right thing. When you stop thinking about the words your saying, because you know them, it's easier to let everything else in. Finally, it was a bit less of a worry with this play because, well, a good part of the play is about not listening and why we do or do not let another person in. So if we don't listen do each other sometimes in this play, well, that's intentional.


Our rehearsal is about shaping the play. Not just the physical movement in the environment but the shape of the characters themselves. It's been exciting (really), and having much of the line work done really has freed us to focus on the characters and their world. Switching off with David has been a real thrill too. I've never worked with another actor playing the same character (or in this case, characters) in the same production. It's an amazing resource to have another perspective on the characters. I've found that we agree on quite a lot, but our performances of Erie are still very different. I find it incredibly fascinating that we have such different embodiements while sharing so much of the underlying ideas. It's a fantastic lesson in making a character your own. I think for me part of the lesson (so far) is that you can't NOT make it your own if you're acting honestly. My Erie is different from David's Erie because it has to be. The actor must draw on him or herself to find the sympathy, the empathy, the thing he or she has in common with that character. And what that is will be different for all of us.

This is why acting is not a competition. It's not a race, and it's not a fight. It's different because we are different. Each actor, if they're doing it right, brings their self fully to the character, and that is what is beautiful.