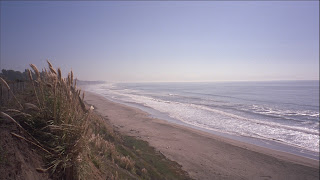 South Stream Productions is proud to announce it's second show ever.  Seascape by Edward Albee.  Production dates are Jan 3-5 and 9-12.  This time, all shows will be at Common Ground, which will be easier for us.

We'll be announcing a bunch more stuff as planning progresses.  We're six months out, so we are in the very beginning of the planning process.  There will be lots of details coming.  Hopefully as we go through the process we'll talk some about costumes (there's an interesting costume challenge with this one) and set (yeah, we'll need more than 3 chairs this time), and other stuff.  We will be running a kickstarter campaign again to pre-sell tickets and (if you're so inclined) get your name in the program.  Maybe even some other goodies.

But that stuff is in the future.  Right now, I wanted to let people know that we have the rights to the show, and we're about to finalize the venue contract, and it looks like it's going to happen, so I want to start getting the word out there.  I'm already planning, reading, planning, reading.... The more I read this script, the more I just love it.  So put it on your calendar, coming, in January 2014, let's go to the beach!

photo by jimg944, used under creative commons liscense
Posted by Unknown at 9:15 AM No comments: