It's nice to be recognized. We put a lot of work into what we do on stage. We care about making a show that is real, a show that is filled with the truth that comes from us. In my opinion, we do a damn good job of it. I think we put on stage some of the best shows in the triangle.

So it's nice that Byron Woods in the INDY named Time Stands Still one of the ten best shows of 2016. It's especially gratifying because our show comes so early in the year. It's a testament that the show was not only the best show of the year in January, but that it stuck with at least some people, to be remembered as one of the best at the end of the year too.

It is nice to be recognized by critics (and all of our shows have). But the real recognition we want is from you, our audience. We want to bring you stories that you remember. That speak to you. That you speak to your friends about for days, weeks, even a year later.

We think Blackbird is going to be one of those plays too. So come out and see what our next play has to offer you. Share our food for thought. It will be the best play you've seen in 2017. And who knows, maybe that will be true in December too. :-)

GET TICKETS HERE
Posted by Unknown at 6:35 AM No comments: 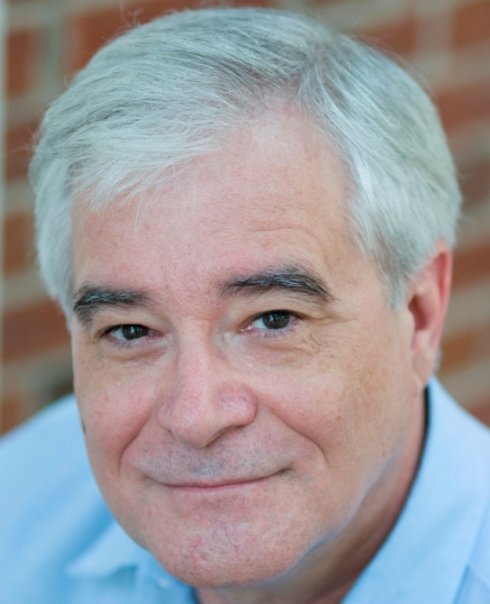 John Honeycutt is the managing director of South Stream Productions and a prolific local actor. We had him answer a few questions about his work and participation in this play.


What drew you to Blackbird?

I bought the script based on the blurb on the Dramatists web site because I was looking for a two-hander with characters of about these ages. The first thing I noticed when I started reading was the incredible quality of the writing. The style of writing is chopped up, with one thought running rapidly into another, fully expressing the turmoil in the characters’ minds.

The stakes are incredibly high for both characters, right from the first. They have to fight hard for what they want from line to line. My character, Ray (or maybe Peter), is totally unprepared for meeting Una, and he is frantic to figure out what to do or say to ward off the threat that Una could ruin his life in every way imaginable. What can he say to justify himself? Does he lie, deceive, threaten, bully?

I love the way the story emerges. The events leading up to the present encounter happened years before, and Ray and Una haven’t seen each other since. Both think they know what happened, but both only know part of the story. Ray desperately needs to find out why Una is there and what she plans to do. Deception and concealment make the way this meeting unfolds very, very interesting to me.

The appeal of the play can’t be separated from the shocking subject matter, but Harrower rises above that to tell a very human story about the ways very human people can do horrible things without realizing it or meaning to, and how they struggle with the consequences of their actions.

What kind of theatre do you like? What speaks to you?

I’m mostly engaged by small, contemporary plays that deal with relatively ordinary people in stressful situations that might occur in real life. Most of us have some connection with the problems people face, such as grief, loneliness, illness, addiction, cruelty, poverty, racism, and sexism. There are many clever, amusing, and moving ways playwrights have found to tell these stories.

A favorite play, that I’ve seen three times, is Rabbit Hole in which a family navigates their grief at the death of a child. But this doesn’t mean that I only like realism on stage. Another favorite show is a musical adaptation of Ray Bradbury’s The Wonderful Ice Cream Suit. It is a fanciful story in which five very different men band together to buy an elegant suit for a night on the town to find excitement and love. It was full of color, dance, pathos, and a happy ending.

In live theatre, well done, I can see the story unfold in front of me with an intimacy I just don’t get in movies or TV.

Can you share a favorite theatre memory or story?

This is hard—I’ve done theatre for nearly 50 years and have lots of memories of people and events over the years. In Hamlet, a page missed her entrance, leaving me on stage with nothing to say but to improvise in iambic pentameter, first while waiting for her to remember her entrance and again when she ran off to get the prop letter I was supposed to read. Improvising in iambic pentameter isn’t as hard as I always thought it was!

One of my fondest recent memories is how close the cast of Time Stands Still (South Stream's production from January 2016) became, so much so that we arranged a weekly meeting that we’ve mostly stuck to for the past year. It’s like an ongoing cast party. Most of us are involved with the current production of Blackbird.